i maybe ruined this, but for a brief moment there were KKK hoods & piss proof sheets in the trump tower gift shop https://t.co/9Y15adfVve pic.twitter.com/oxifkCedMg

What does this mean? Looks like Trump is officially out of the KKKloset. Additionally, I found the following pic while surfing the net. 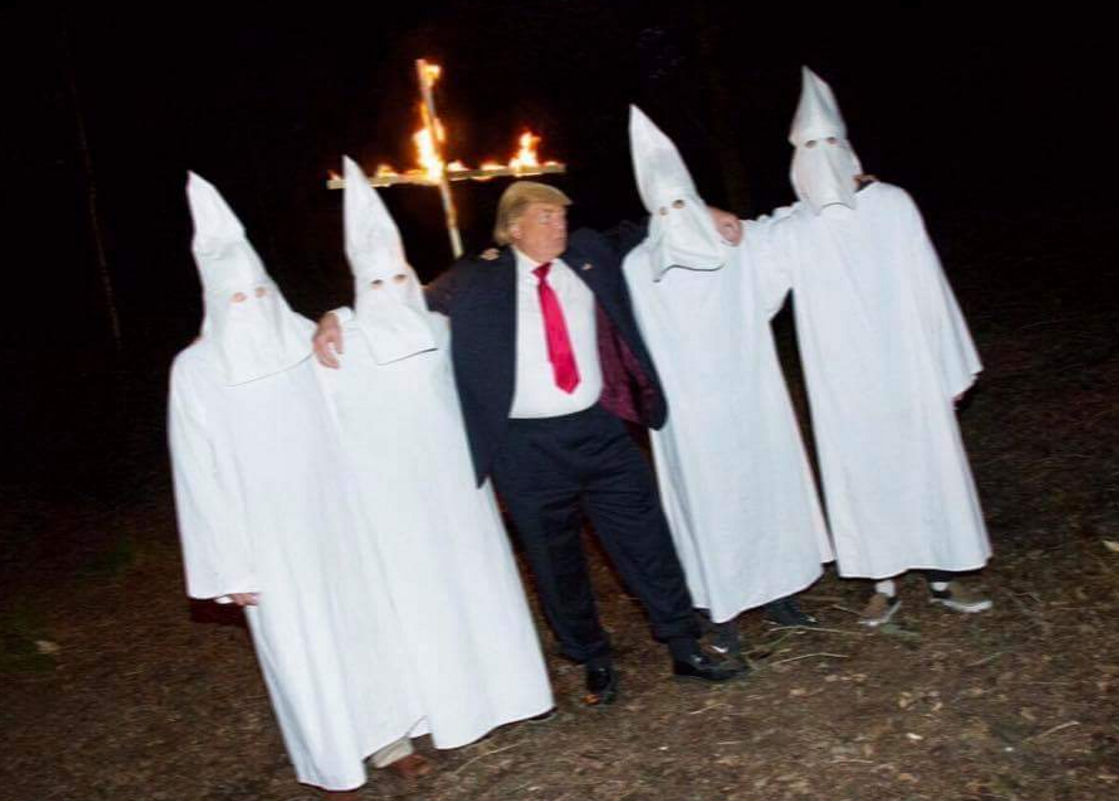 The one good thing that can be said of this picture is that the KKKmader-in-chief is wearing a tie of reasonable length (does not flow down to his crotch). I don't know when it was taken, or who took it, btw. It surely does not look good for Trump, though.

Other items for sale in the Trump Tower gift shop include pee-proof sheets and Russian flags. The sheets, I'm guessing, are for fans of "golden showers" (like Trump) and the flags for fans of Russia (trumpers appreciative of the help Putin provided to help Donald "win" the election).

"For fine people - show your pride" the packaging on the Trump-branded KKK hood says! He's not even pretending any longer! Yes, we've had racist presidents in the past, but this shit should not fly TODAY. Impeach!

Note: "appreciative" is a link to a pic of a trumpanzee holding up a "Thank you Russia" sign. Image posted to Reddit here. Looks real to me, although the Trump dancing with the KKK pic is (I'm guessing) photoshopped. And the Trump-branded KKK hood - as per the article I got the tweet from - says the merchandice is "satarical". Also placed there by "pranksters". Which is why this post is labeled "satire". All the links go to real articles, however. No fake news!

Posted by The Honorable, Esteemed And Distinguished Judge Dervish Sanders (A High IQ Individual) at 3:50 PM