Republican Congress To Pass Legislation Which Would Effectively Bail Out Volkswagen? (Proof The GOP Is In The Pocket Of Big Business/The Wealthy)

An excerpt from a 1/4/2016 Fiscal Times article titled A Bailout for Volkswagen? Congress Wants to Do Something Absolutely Crazy"...

The class actions are setup to fail because, instead of suffering similar injuries, all the participants in the class action must suffer the same injury under the proposed legislation.

Sounds to me like who this legislation is supposed to make the process more "fair", by rigging the system (more) in the favor of corporations. That the GOP Congress is proposing this to protect Volkswagen (or at least make any class action filed against it that much harder to push forward on) is an action I find particularly odious. Given the fact that Volkswagen did not make a mistake but perpetrated a deliberate deception.

Further proof that Republicans dance to the tune of Big Business (and, apparently this is something the Chamber of Commerce wants as well).

This legislation, put forward by House Republicans Bob Goodlatte of Virginia and Trent Franks of Arizona who say the bill is "a much-needed improvement to the US legal system".

"Much needed" by their corporate masters, I think. 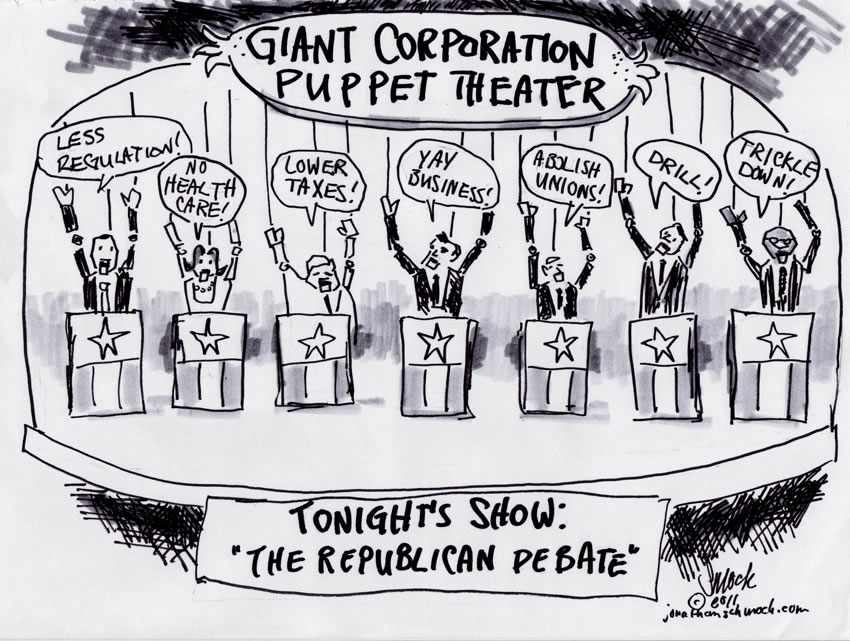 Posted by The Honorable, Esteemed And Distinguished Judge Dervish Sanders (A High IQ Individual) at 5:28 PM

Email ThisBlogThis!Share to TwitterShare to FacebookShare to Pinterest
Labels: Rigged