During the 3rd Democratic debate (which took place on 12/19/2015, in Goffstown NH at St. Anselm College; aired on ABC News and was moderated by journalist David Muir, anchor of World News Tonight) Hillary Clinton made the following comment...

According to Politifact "extensive Google searches did not turn up any evidence" that this was occurring, and therefore they rated the statement "false". But we all know it was only a matter of time before a terrorist group DID use Trump's words to recruit.

So, perhaps Hillary misspoke, and what she should have said was that terrorists WOULD use Trump's words to recruit. If she had there wouldn't be any BS about Hillary "lying"... we'd all have realized that, if they were not already doing so, it was only a matter of time before some terrorist group used Trump's words.

Donald Trump, in calling for banning all Muslims from entering the US makes no distinction between the small percentage of radical Muslims and the vast majority who are peaceful. Trump's rhetoric is hateful, ignorant and divisive... and it plays right into the hands of the radicals. But those on the right love it, which is why he's saying it. They're doing the same thing with their pushback to accepting Syrian refugees.

Jeborah Bush says that Donald Trump "isn't a serious candidate", but I say he's serious as a heart attack... because the Republican party has been using hate of "the other" to appeal to voters for some time now. Hate for African Americans (since Nixon's Southern Strategy), hate for gay people, Hate for hispanic "illegals", hate for Muslims and hate for women (not wanting them to be able to decide for themselves what they do with their own bodies).

They do this because many of the people who vote Republican do so against their own interests. Many of these people being of an economic class that would (directly) benefit from a stronger social safety net.

Trump is only using the blueprint that's been in place for many decades. A blueprint the GOP has had to resort to because their economic ideas are losers and primarily benefit rich people and corporations.

Which is why I don't really give a crap about "lies" that are actually "duh, of course they're going to" predictions. And say that Politifact can stuff their "speculative left-of-center rhetoric" (which is how they described HRC's statement a mere 15 days ago). Also, WTF makes what she say "left of center"? Did Politifact acknowledge the fact that hate for the other is Right-of-center (in that only the Right party is using it to get votes)? 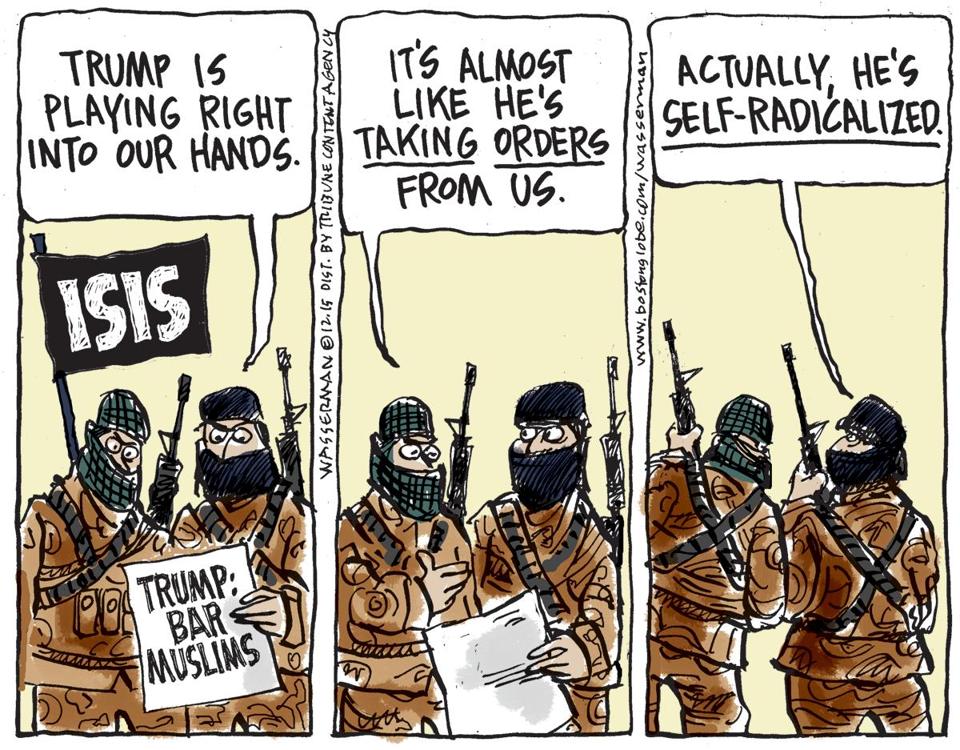 Posted by The Honorable, Esteemed And Distinguished Judge Dervish Sanders (A High IQ Individual) at 7:02 PM