Donald Trump, The "I Know You Are, But What Am I?" Candidate

Another "I know you are, but what am I" from the bigot Trump (0:20). A 8/24/2016 WP says "Donald Trump called Hillary Clinton a bigot while addressing the crowd at the Mississippi Coliseum in Jackson MI". 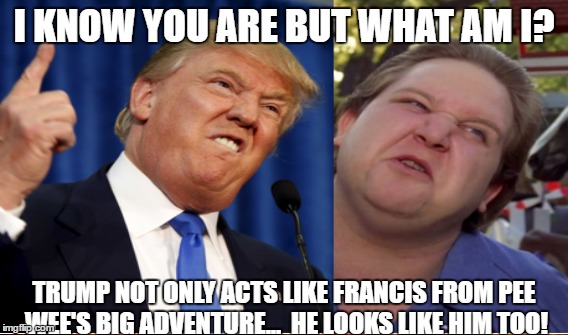 Posted by The Honorable, Esteemed And Distinguished Judge Dervish Sanders (A High IQ Individual) at 3:17 PM