Up until this point in the "president doofus" series all entries concerned george w bush, the 43rd preznit of the United States. But, as we all know, the father of george w bush was also a US preznit.

In this entry in the series, I ask readers to recall an incident that shows that the doofus doesn't fall far from the tree. There are likely other examples, but the one that springs immediately to mind was the time doofus #41 (1989-1993) barfed on the Japanese PM.

Video: George HW Bush fainted after vomiting at a banquet hosted by the then Prime Minister of Japan, Kiichi Miyazawa on 1/11/1992. It is the only documented occurrence to date of a US President vomiting on a foreign dignitary (as per Wikipedia).

Image1: After he pukes, Babs wipes his mouth with a napkin, saying "that's it love. Get it all up". 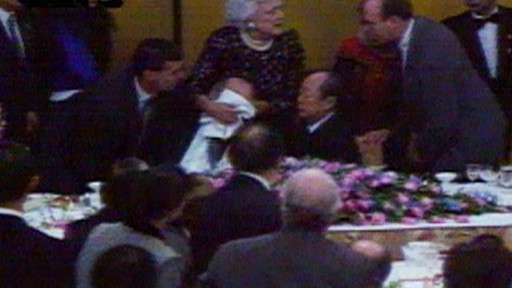 Image2: Wikipedia notes that "In Japan, even several years later, Bush was remembered for this event. According to the Encyclopedia of political communication, The incident caused a wave of late night television jokes and ridicule in the international community, even coining Bushu-suru which literally means to do the Bush thing".

Although this was not the only incident wherein a preznit named "Bush" embarrassed the American people (who apparently have short memories), as the first doofus was #41 and the second doofus was #43 (with Bill Clinton serving in between as #42).

Although, while the younger doofus served two terms, both times he was "elected" via massive cheating). Only getting in the first time via SCOTUS appointment (in 2000 they decided that, even though Gore had won the election, they would hand the presidency to bush).

Then, in 2004, when Kerry "lost" the Presidential race to George W. Bush, who is widely considered the worst President of the modern era, he refused to challenge the results, despite his suspicion that in certain states, particularly Ohio, where the Electoral College count hinged, proxies for Bush had rigged many voting machines. (excerpt from the 12/28/2015 New Yorker article "Negotiating the Whirlwind" by David Remnick).

Posted by The Honorable, Esteemed And Distinguished Judge Dervish Sanders (A High IQ Individual) at 7:26 PM