Trump/Pence Yard Signs In My Neighborhood

I've only seen one, although, given that TN is projected to go Trump, I suspect many people are supporting him, they just don't have yard signs. The pic below was taken by me on 10/18/2016, up the road from where I live. 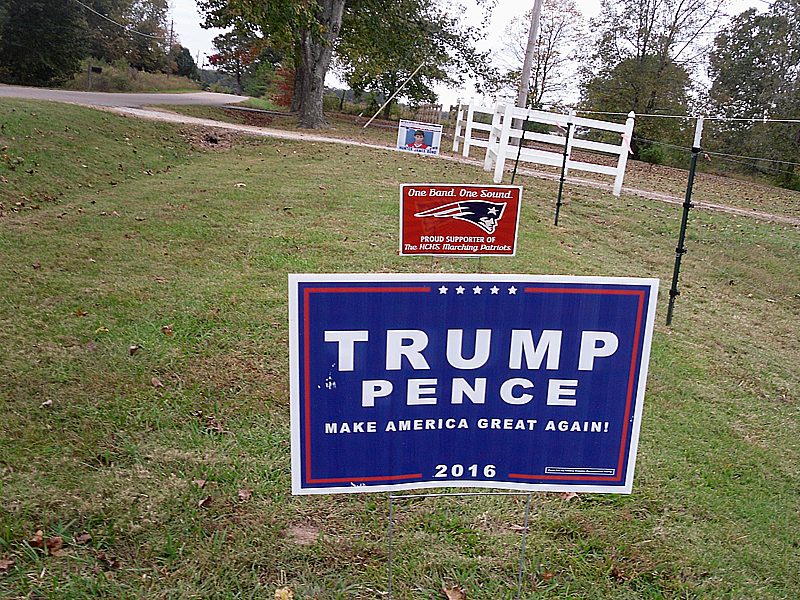 Below is a picture of the house the yard signs are in front of. The last pic is of their horses. As you can see, the house is fairly large, so I'd guess they're voting Trump for economic reasons. But to have a sign in the yard indicates more than support simply because Trump isn't a Democrat. This isn't a situation of someone voting AGAINST a candidate, as opposed to FOR one. SIGNS point to these people possibly being deplorable, in other words. 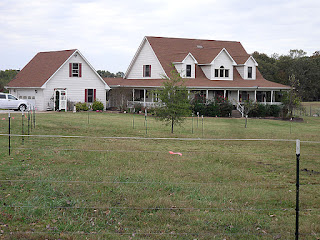 For the record, I've never met these neighbors. I don't recall when they moved in, but the house was for sale for awhile. They might have been there a few years. I just don't remember. 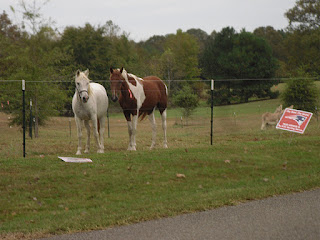 These neighbors, in addition to the horses, also have donkeys, which are very loud. Not that I'm complaining, I just didn't realize how loud a donkey's braying was before. Sometimes, lying in bed at night, I'll hear them. And they aren't close, but up the road a ways.

Posted by The Honorable, Esteemed And Distinguished Judge Dervish Sanders (A High IQ Individual) at 11:51 AM