george W. bush (AKA "President Doofus") was surely one of our very worst presidents. Are we on the verge of electing someone with the potential of being even worse?

The image below, one you might be familiar with, captures just one of 43's MANY doofy moments. An incident that reminded me of a specific Far Side cartoon that concerned "gifted" people. Look at the expression on the former preznit's face in the picture below. Does he not look like he is "gifted" like the student in the Far Side cartoon?

Image1: gwb attempts to leave a 11/20/2005 news conference in Beijing via a locked door. Door thwarts quick exit for Bush (article excerpt) After answering just six questions from a group of US reporters, the president strode away heading toward the door. President Bush tugged at both handles on the double doors before admitting: "I was trying to escape. Obviously, it didn't work". [bush later blamed jet lag]. Mr Bush was in China in the latest stop of his East Asia tour. 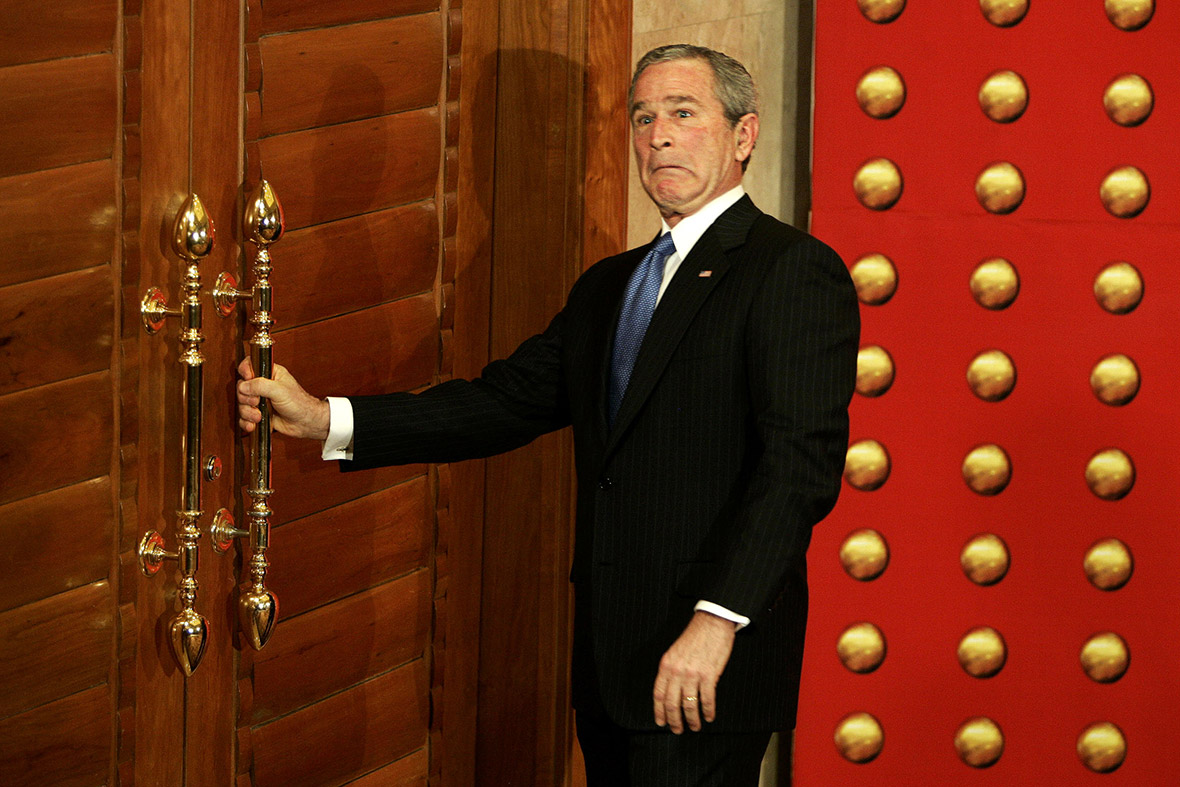 Posted by The Honorable, Esteemed And Distinguished Judge Dervish Sanders (A High IQ Individual) at 2:44 PM